Deborah Schwartz, Author of Woman On Top: On Tour My 5 Star Review 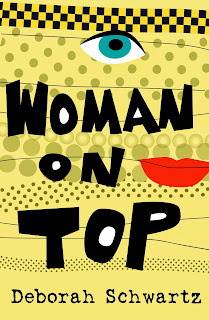 Book Description:
Falling prey to Len, a very wealthy Wall Street banker who is hell-bent on acquiring her as his next deal, Kate struggles after the death of her husband to keep control amidst the detours of a tempestuous New York romance. As witness to a world of power and greed that life in New York offers to a vulnerable woman, can Kate ultimately rescue herself from the lure that is Len’s world?
Throughout this compelling story, which is inspired by actual events from the author’s own life, Schwartz cleverly weaves self-empowering thoughts into her heroine’s exploits, making it less the ‘damsel in distress’ and more the infinitely successful ‘woman on top!’ In this amazing look at a woman’s journey to finding herself, readers will both laugh and cry as they relate to Kate and her decisions, emotions and experiences.
While following her quest for a reaffirmation of life and love, including a surprising adventure, Kate’s story touches on the unexpected pleasures and decisions we face throughout our lives. Readers who have dreamed of, or survived, a “Len” in their lives, will recognize themselves in Kate as she searches to find what matters most in her new life. What does a 35 year-old woman who seems to have it all do when the rug is pulled out from under her? Kate’s struggle to find inner strength on her journey down a slippery slope with a Wall Street man leaves readers wondering and rooting for her to land as the ‘woman on top.’
Praise for Woman On Top:
“Every now and then you find a book that you have difficulty putting down. Last month, I had that experience with the novel Woman on Top, released May 30, 2013 by first time author Deborah Schwartz. Readers may snicker about the title assuming this is a poorly written shallow romance novel; however, quite the opposite is true. The title is a double entendre and refers to the empowerment of a woman.”- Kristin Meekhof, Huffington Post
“The reader will go through a range of emotions but will not want to put this book down since Woman on Top is inspirational, entertaining, and heartbreaking as Kate straddles two completely different worlds.”- Elise Cooper, Working Mother
“The writer Deborah Schwartz, in her novel “Woman on Top,” demonstrates her writing chops by the way she deftly shifts between two literary genres: romance and pathography. The language she uses and the tones she creates align with the chapters covering the stormy romance of the main character and the intense and ultimately tragic illness experience of the main character’s husband.  In this way, the author makes the reader feel deep sympathy for the main character as the story concerns her husband’s plight, yet feel great frustration with the main character as the story concerns her romance. The author makes us wonder how someone who is so clear and soulful can also be so vulnerable and superficial. She’s probably telling us that we’re just stuck with these seemingly contradictory attributes and characteristics. We’re all capable of manifesting a range of behaviors that work against our self interests and that are determined by circumstances beyond our control. Thus, while Woman on Top tells the excruciatingly sad story of an untimely death and the story of a tempestuous romance with its own pathology, the novel has more to tell about us humans.”- JRT, Amazon Reviewer
“You know those great books that from the first sentence (and the cool cover art) grab your attention, and make you want to read it? Well, this is one of those. Settle in, and get ready for a great ride. Schwartz alternately made me laugh and cry out loud over and over in this funny, sad, sexy, entertaining novel. A psychotherapist, I found myself cheering for Kate, as she brings us with her on her journey , refusing to abandon her true self while rebuilding her life after tragedy. Schwartz also deftly paints a picture of the ups and downs of monied NY dating that makes us non-east coast people shake our heads in wonder in this absorbing and fun summer treat.”- littlesrink, Amazon Reviewer
“The most life-affirming book I’ve read all year! “Woman on Top” is a testament to all women who have overcome adversity (in life and in love) through strength of character and a sheer zest for living. After losing the love of her life, Kate finds herself in the arms of a powerful New York banker who prides himself on being able to give a woman everything she could want, and more. But can he? Schwartz’s book speaks to an essential ingredient for happiness–finding your inner strength. “Woman on Top” will make you laugh and cry and laugh and cry again. If you are in danger of losing faith in true love…or in yourself, read this book now!”- lilybrat, Amazon Reviewer
About Deborah Schwartz: 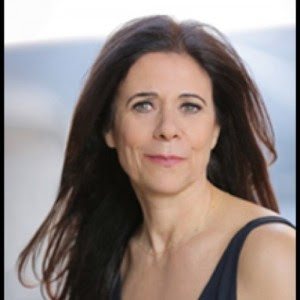 Born and raised in New York, Deborah Schwartz graduated from Tufts University and then obtained her Masters in History at Columbia University where she wrote a thesis on “Feminism in Eighteenth Century England.” She received her J.D. from Boston University School of Law. Today, Deborah’s passion is writing and she incorporated her achievement of having reached the summit of Mount Kilimanjaro in 2011 into her debut novel. A New Yorker to the core, Deborah is most grateful to be the mother of her two grown children.  For more information, please visit: www.deborahschwartz.net.
Deborah on Facebook:
Deborah on Twitter:
Deborah on Goodreads: 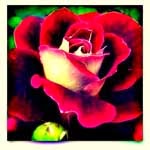 My 5 Star Review
I received the book from the author for an honest review.
Initially, when I received the book and saw the title I was intrigued with it. But as I read the book and got lost in the story I could understand why the author named the book 'Woman on Top'. I do not think that she could have chosen a better title that captures the essence of the book so accurately.
A powerful story of one woman, Kate that struggled with the death of her husband and the loneliness it brought. Since she had the perfect marriage with Jake, she wanted it again, but this was where all her troubles started. Or rather where she had to figure out how to climb the summit and really understand her own heart.
The author did a wonderful work in creating this story, which was also based on true facts from her own life, and brought these important issues to light. She had to learn to understand her intentions in making decisions. Not based on her feelings but what would be the best for her. For Kate, it took quite some time to figure that out.
As you walk through the pages with a view into her life and thoughts, you could understand why she made some of the decisions she did. She felt compelled to take risks, risks that almost lost her, her own self esteem.
By settling with a man, Len, she thought would be the best replacement for Jake. From the beginning, she had her doubts about Leonard, but as time went on and the expensive gifts and vacations in exotic places rolled in, you see how she compromised herself as a woman, as lawyer, and as a mother. He had all the money in the world to spoil her, but it came with a price. A price that made her weary, fearful and even more lonely.
It took her best friend Sarah to open her eyes, and her son that gave her a new challenge that ultimately changed her outlook on her own life. Dedicated she put her heart and soul into it, and when she finally reached the peak of the summit she understood her own heart's intent.
A thought provoking, heartwarming and compassionate story that leads you not only in the world of power and greed, but also into the world of cancer. As you learn more about Jake's struggles with the deceased and his untimely death. The choices they had to make during that troublesome time, her care and devotion to this man as she spends weeks away from home to be with him.
At the end, it leads her to find more than she bargained for. A Book I can recommend to all readers that loves a good thought provoking women's fiction book. It will inspire and motivate you, even challenge you to look deeper and know your own heart.