Book review: My kind of Guy by Paddy Bostock. A witty political fantasy. 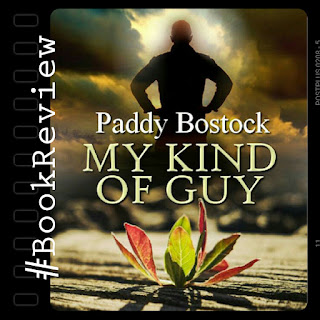 The publisher recommended this book to me, for an unbiased review. A story I thoroughly enjoyed.

The spy-ish fantasy plotline transported me to the political landscape which stretched across the board. In the typical tongue-in-the-cheek humour or sarcasm this author is well-known for. Through the quirky lines, you got to know Doctor Mervyn, his trusted Suzi, and Lizzie and her trusted Jurgen to be the spilling point of the spy-rescue-Leo story which took me from London to Munich with quick dashes into the White House and Downing street extravaganza. As I received in-depth descriptions of their way of thinking.

It all spelt political nightmare, if not for the intervention of Jurgen, a fierce protector of Lizzie, and MI6 interceptive cunningness to protect information from the most notorious sort. Since Leo – the person who started the mess had some explaining to do while he had to face his own mistakes – which extend across the globe. Leaving many women in anger and disgust towards his type.

The ending was not what I expected but then I have learned to expect the unexpected from this author’s pen. His ability to joke with Britain and America, as always fun to read.

At times I found the throat-clearing a bit too much but mostly it gave extra flavour to the turmoil the rescuers found themselves in. It always added more spices to the normal salt-and-vinegar plot. As Mervyn, Suzi, Lizzie, Jurgen and Taya tried to save the day.

A book many readers of political suspense will enjoy, no doubt.

Appointed by Lizzie Leah to locate her lost lover, whom she knows by the name of Leo McGuire, PI (and ex-spy) Mervyn Vincent discovers that the object of his quest is not only a gigolo with a harem of “Mrs McGuires” across the continents, but also a valuable player (real name Leon Devine) in an international right-wing cartel. Realizing that there’s more to Leon than meets the eye, Mervyn joins forces with his sister Taya, and Lizzie to reform the young man and channel his abilities into worthier causes, thereby impacting, albeit modestly, the global power machinery.