Blog Tour: Little Boxes by Celia J Anderson. Plus a character Interview with Molly: the main character within the book. 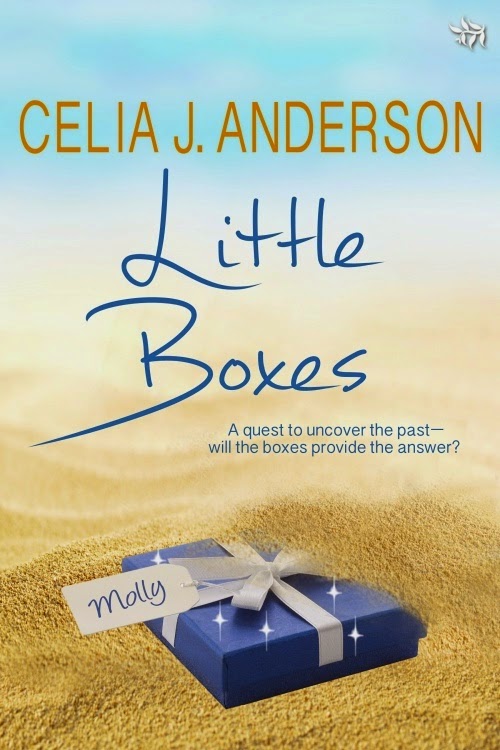 Interview with a main character: Molly

So, Molly, I’ve finally tracked you down for a chat. You’re a very difficult lady to get hold of, you know.
Molly: True - it’s the kids, and the bistro ... and the garden’s a mess since Jake went ... and then there are the letters ... oh, forget I said that, please. I was just thinking aloud. What did you want to talk to me about?
Well, I was going to start with the bistro and how you’re coping here on your own without Jake, but the letters sound much more intriguing?
Molly: Vicious, dreadful lies. There’s no truth at all in what they say. Tom’s just a friend. No, no - let’s go with your first idea. The bistro is ticking over very nicely. I’ve got a manager in and she’s very good so I don’t need to be there - the children keep me busy and there’s my job, so I can’t be everywhere. The cooking was Jake’s big passion but I think his staff knew him well enough to be able to carry on in the same way. It’s not the same though, obviously.
No, it must be very sad. Of course the children must be missing him badly?
Molly: Yes, I guess so. They’ve been a bit tearful but he wasn’t around an awful lot, what with running the business and everything that involved.
Have you plans of your own for the future?
Molly: Oh no ... well ... I’ve been thinking I might try something else instead of working in schools. Some of the children I see really hate having music lessons. I got kicked again last week.
Really? Is there no control in those places?
Molly: It’s not that. The pupils are all ones with problems. They get angry I guess. But I’ve pretty much had enough of being sworn at. It’s time for a change.
And along the same lines (I hope you don’t mind me asking this) do you ever see yourself meeting someone else? I know it’s early days.
Molly: I don’t think Hattie and Theo and Max would like that, do you? Sam certainly wouldn’t. And the neighbours would talk. But when I talk to Tom, I do sometimes wish ... anyway, it’s much too soon. I’m going now - it was good to meet you, but I haven’t got anything else to say right now. Maybe we’ll meet again when my life is back on track. Whenever that might be ...

What kind of man would brave the bitter cold to paint such fresh, clean pictures day after day? Molly had stood in the shelter of the Ferrymead-on-Sea lighthouse on that first morning, muffled to the eyeballs in scarves and a woolly hat, but Tom’s short blond curls were unprotected by any sort of headgear and he had nothing thicker than a battered leather jacket to protect him from the icy east coast wind. Molly had wondered whether to offer him some coffee from her flask, but had chickened out. He’d looked as if interruptions would definitely not be welcome.
‘Mum, look at that man you were just talking to – he’s very brave, isn’t he?’ said Hattie as Tom, reaching the concrete of the promenade, picked up speed and reclaimed the wheelchair that he’d left chained to a lamp post.
‘Hattie, you’re so wet. And you’d better not let him hear you say stuff like that, either,’ her sister replied, giving her a shove.
Hattie righted herself and glared at Theo. ‘Why not?’
‘Duh, it’s obvious. He’ll think you pity him ‘cos he can’t walk without sticks. Even I know you should never do that.’
Hattie stuck out her bottom lip and watched Tom bowl away out of sight. ‘He’s fast though, isn’t he, Mum? He could do Paralympics or something,’ she said after a moment.
‘He really gets a move on,’ agreed Molly, trying to banish the unfamiliar ripples of lust that were making her slightly breathless. ‘Come on, we said we’d go and have an ice cream with your dad at the bistro. He’ll think we’ve abandoned him.’
They clambered over the last heap of stones and began to wander along the promenade towards the small restaurant that Jake had opened when the family had migrated to the coast last summer. Molly had been dubious about the move for lots of reasons, but a clean break had been necessary after what had happened between Molly and Jake. And by and large, it had been successful. Hattie and Theo had soon made new friends, and Molly had landed a job teaching music around the local schools, thanks to her aptitude both for playing a range of instruments and for ignoring the fact that most of her pupils would rather be doing something – anything – else.
‘Is Daddy having dinner with us tonight? Only he promised he’d help me make a kite for my homework. He said he’d do it yesterday, too,’ grumbled Max, kicking a discarded drink can and making a nearby elderly lady jump.
Molly apologised automatically to the lady and said that, no, Daddy would probably be working again tonight. She fought a sudden urge to go after Tom and ask him if he ever felt as if life was passing him by. He obviously wasn’t a man built for self-pity. It was probably only people like herself, blessed with a lovely family and a house by the sea, who indulged in such thoughts.
Sighing, Molly put thoughts of Tom firmly out of her mind and headed for her husband. If she was going to have lustful thoughts, they ought to be about Jake. But what was she supposed to do when the thought of sex with her husband was about as enticing as a bag of cold chips?

Blurb:
Suddenly bereaved, Molly White realises that she has never really known her feisty husband Jake when random boxes begin to appear through the post, each one containing a tantalising clue to the secrets of Jake and Molly’s past. Someone who knows them both well, for reasons of their own, has planned a trail of discovery. The clues seem to be designed to change Molly’s life completely, leading her around Britain and then onwards to rural France and deepest Bavaria.
Meanwhile, waiting in the wings is Tom, a charismatic artist who runs a gallery in the same town. Strong, independent and wheelchair-bound from the age of fifteen, he leads a solitary life and has no idea how devastatingly attractive he is to women. When Tom meets curvy, beautiful and funny Molly, he knows that she is his dream woman, but she seems way out of his orbit until the boxes start to weave their spell and the two of them are thrown right out of their comfort zones.
Little Boxes is a story of love in a variety of guises - mother-love, unrequited passion, infatuation and the shadow-love held in memories that refuse to go away.
Buy links: http://celiajanderson.co.uk/books/little-boxes/ 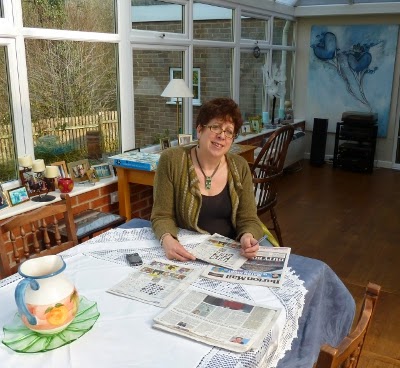 Author Bio:
Celia J Anderson spends most of her spare time writing in as many different genres as possible, including children’s fiction. In her other life, she’s Assistant Headteacher at a small Catholic primary school in the Midlands and loves teaching literature (now comfortingly called English again but still the best subject in the world.)
She tried a variety of random jobs before discovering that the careers advisor at secondary school was right, including running crèches, childminding, teaching children to ride bikes (having omitted to mention she couldn’t do it herself) and a stint in mental health care. All these were ideal preparation for the classroom and provided huge amounts of copy for the books that were to come.
Celia enjoys cooking and eating in equal measures, and thinks life without wine would be a sad thing indeed. She is married, with two grown up daughters who have defected to the seaside. One day she plans to scoop up husband and cats and join them there.