Anabella Anthony found she was alone in the world at eighteen. Early on, she made a choice; to live an ordinary life away from the lifestyle her parents preferred. However, they had plans for her; they wanted her to become a part of their choices.

All she wanted was a regular household, with normal day to day issues like her peers, parents she could respect, and who above anything else would accept her for the person she is. Torn between dreams that filled her mind with alluring effects and uncomfortable events which tried to sway her, she had to come to a resolution―find peace and stay true to her convictions.

Through it all, she excelled in her sport; a dedicated student who falls in love with a much older man. Will she give in to her body's desires, or will she remain steadfast in her own choices? Can she find the courage to stand amidst the turmoil wanting to drag her down? And most importantly, will she ever forgive those who meant to harm her?

Aldrich Hagin―a lawyer―is ready to settle down. After a tragic loss he experienced right after university he is now, more than ever, ready to move on and start a family. And then he meets a young, energetic, lively woman who turns his life and heart around. Will he be willing to sacrifice his own desires and wait?  Can he help her and be the anchor she so desperately needs? Confronted with his own decisions, the choice is his as to whether he’ll stay or leave. What will he decide?

A love story filled with decisions both have to make; to stand against all odds and remain true to oneself. 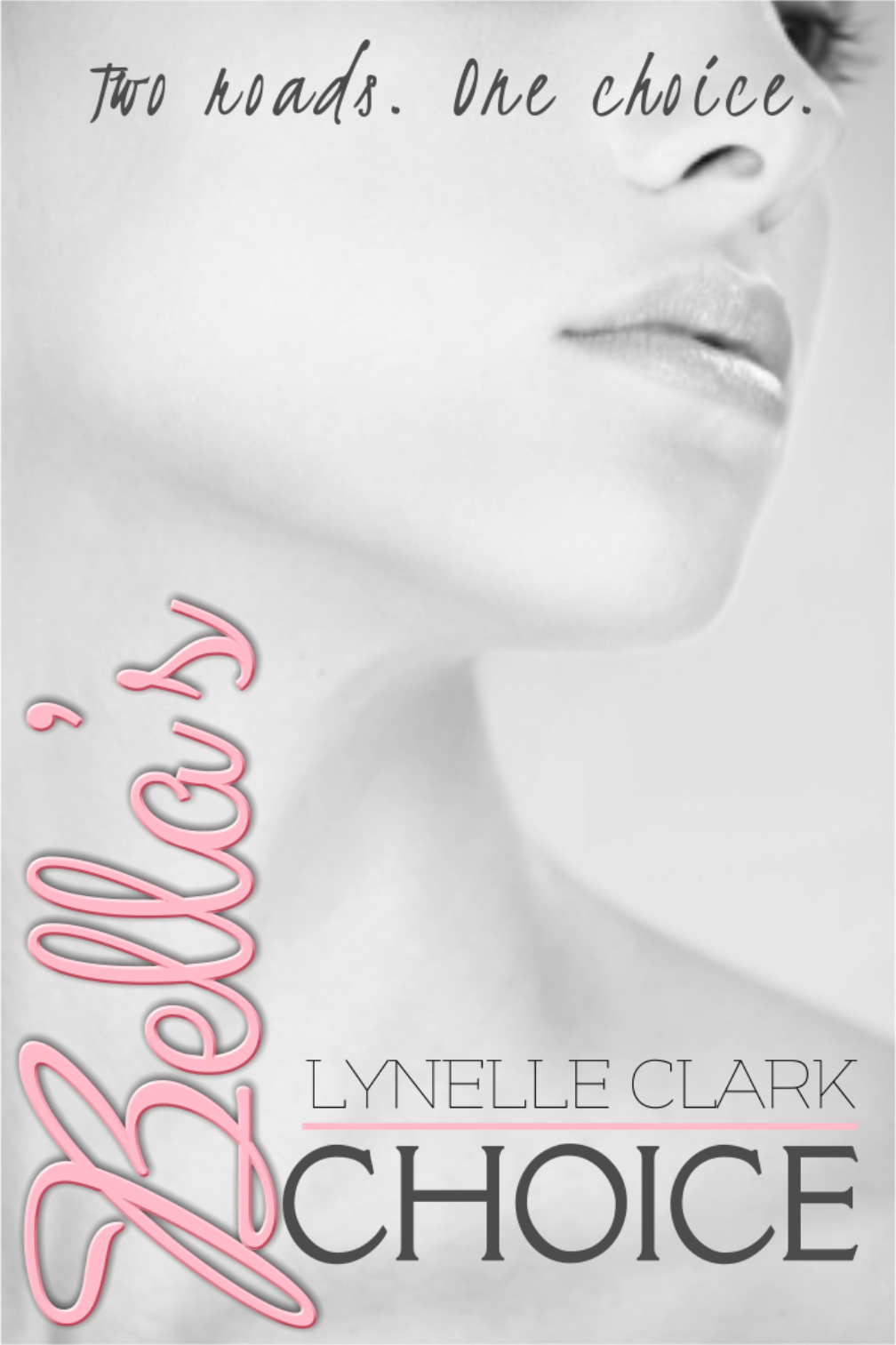 Lynelle Clark lives in Gauteng, . Her writing career began in 2010. Lynelle has always loved to read books, in which she discovers new worlds. Meeting new people and travelling is one of her passions. So far, the writing journey has been exciting, but it helps that she loves the whole process from beginning to end. 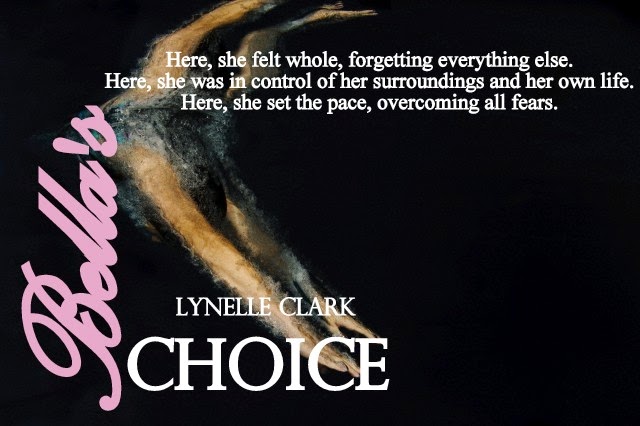 Connecting with readers is important, so feel free to get in touch with Lynelle on any of the following links: 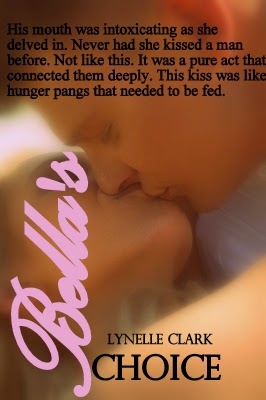 Anabella emerged from the swimming pool―the rippling water a clear aqua right to the tiled floor―wiping water from her eyes with a brush of her hands, and making sure her hair was neat. She had just swum twenty laps as part of her training program for her upcoming championship and felt good, energized, excited, and ready to compete. She had put in long hours, focused every effort to accomplish this one gold medal; her dream for many years. It would open doors for her future plans and was in reach―she could feel it. Anabella knew she was ready.
“How do you feel, Anabella?” asked Mr. Rhodes, her coach.
“Excellent! I’m not even tired. This was a good workout,” she answered.
“Are your parents bringing you to the venue, or should I pick you up?”
“They are out of town, so I would really appreciate it if you could pick me up.” Although she could easily drive herself to the championship, she preferred to go with someone. The tension and stiffness of sore muscles after a hard race brought numbness to her limbs, which made driving almost impossible.
“Then it is settled. I will pick you up at 7am, sharp. Don’t be late,” her coach said sternly.
“I won’t be, Mr. Rhodes.”
“Go and rest, relax this afternoon, and make sure you are in bed early. Don’t worry about anything; all will be fine. You have worked hard these past few months.”
“Yes, sir.” She knew she had worked hard. The sore muscles were evidence, as well as the fact that she had not spent much time with family or friends. She had enough confidence in her abilities not to be worried at all and loved the competitive side of the sport; racing against a good competitor, and the excitement of winning after giving it her all.
There was solitude once you dove into the water, only you and it, and the lane stretching ahead. Sounds of the crowd did not bother her. At moments like these, she could allow the water to enclose her and swim through the currents created by other swimmers. An unsurpassed sense of freedom and accomplishment ran through her veins, and the adrenaline rushed through her core, making her feel alive. Here, she felt whole, forgetting everything else. Here, she was in control of her surroundings and her own life. Here, she set the pace, overcoming all fears.
It was her home, the place she felt safe. Over the years, the swimming pool had been the only place she’d considered a safe haven in her otherwise dysfunctional life. How she had longed for a healthy family life, to wrap her arms around a loving father and a caring mother, to tell them about her day, to include them in her life. She sighed as she turned away from the pool, burying the negative thoughts wanting to rob her from her jovial mood.
Confidence radiated from her whole posture and she felt good, really good. She never let on what was taking place within her mind. She never allowed outsiders into her life. She was always the outsider, never part of the family concept. Her only confidence came from who she was, as well as her accomplishments in either sports or academics. However, it neither made her arrogant or self-absorbed.
While Mr. Rhodes was talking, she managed to dry herself and put her sweatpants and top on, ready to go to her house. 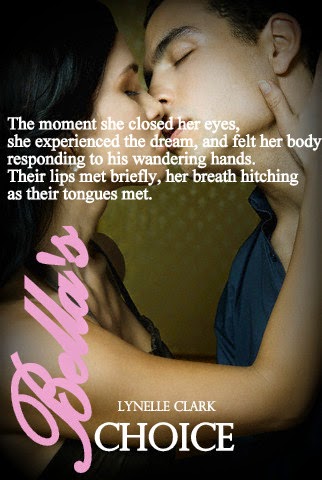 Mr. Richter came in with drinks and a glass of orange juice on a tray, offering it to Anabella and Aldrich. They turned as he spoke from behind them, forcing them to break the gaze they had been sharing for a few minutes, though they were still very much aware of each other.
“Something to drink, Aldrich? Here is your orange juice, Anabella.”
Both reached out, Anabella taking the orange juice, and Aldrich the drink offered to him.
“Thanks, sir. Can I help with the tray?” Aldrich offered.
“It’s fine,” he replied, placing the tray in the hands of his son who had just joined them.
“This is a girl to watch on TV tomorrow, Aldrich,” Mr. Richter said proudly.
Anabella couldn’t help but blush; she was never one for much attention.
“Tomorrow, she will bring a gold medal or two back for swimming. As a community, we are very proud of her accomplishments.” Admiration was evident on Mr. Richter’s face when he looked at her.
For a moment, Anabella thought about her parents, who didn’t care or ever speak to her in the same manner as Mr. Richter. They never gave her any attention. As parents, they missed it completely. For a fleeting moment, a sad look appeared in her eyes, a look that Aldrich didn’t miss before the sparkle returned.
Aldrich wondered what could have upset this vibrant girl. The air around her was filled with energy and excitement; so why then the brief sadness? He knew very little about her, but he wanted to be the one who could wipe that sadness away. He wanted to know more.
“Thanks, Mr. Richter, you are very kind. Now I know I have to bring back the gold medal,” Anabella replied softly, the blush still on her cheeks. She could feel Aldrich’s gaze and looked away, hoping to find Monica somewhere in the room. However, she was nowhere to be seen.
“I only say it because it is true, Anabella. You have worked hard.”
“Thank you, sir.” She accepted the praise, taking a sip of her orange juice in an attempt to swallow past the lump in her throat.
“It is a lovely evening, spring is in the air; I can smell it. Let’s go outdoors, tables and chairs have already been put outside. Make yourselves comfortable and enjoy the evening,” Mr. Richter said to the group.
“I know I will enjoy the evening,” said Aldrich, and he looked down at Anabella.
A pleased look appeared in those big, blue eyes as she spoke to Mr. Richter. “Thanks again, sir.”
Anabella looked up to find Aldrich’s gaze on her. A delighted chill ran down her spine. His words had sounded like a promise of enjoyment―only meant for her.
Mr. Richter chuckled, adding playfully, “Enjoy, you two.”
Aldrich grinned with delight, taking a sip of his drink.
The blush on her face said it all. 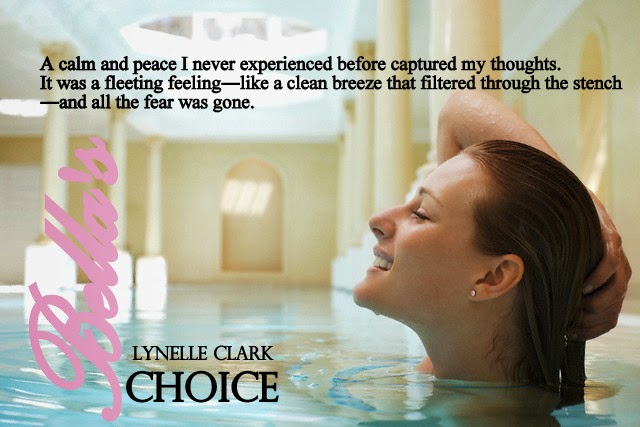 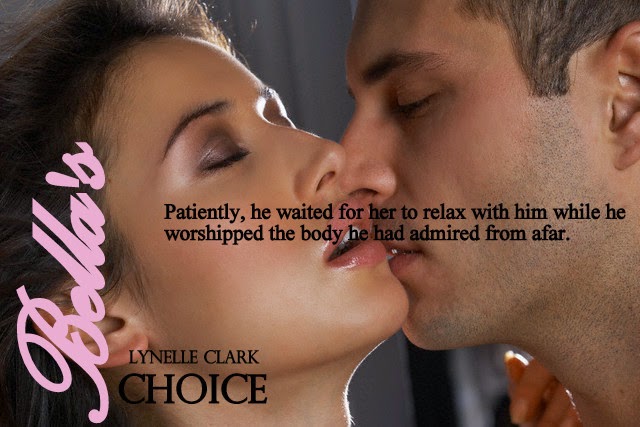 Source of Joy is the first book in the Connection series. The document is available in Google Docs. Just email me for the link at lyne... 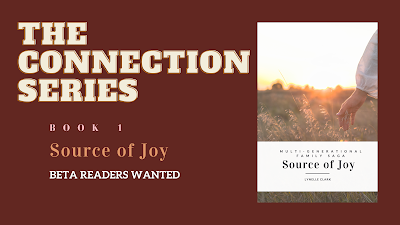