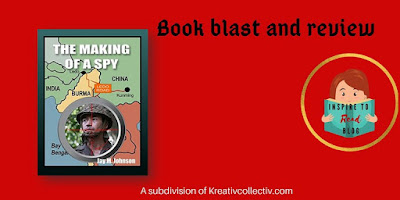 The Making of a Spy is based on the true events of Word War 11. The report like book focusses on a few characters. From their early years and what has shaped them to become heroes during the great war.

The author highlighted their skills step by step which made them unique for the field. A unique way of storytelling as it cut through the normal backstory to the actual plot at hand. The clarity of the book, devoid of any descriptions highlights the drama of those years with brief sentences.

It is definitely a different read which makes it quite easy to read. In short – a synopsis of the second world war with some human elements in it to make it believable and enjoyable. 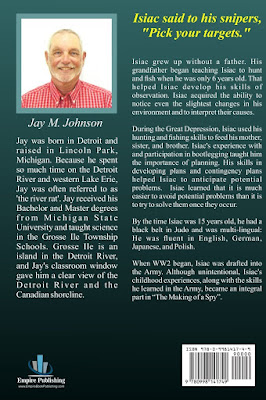 Isiac grew up without a father. His grandfather began teaching Isiac to hunt and fish when he was only 6 years old. That helped Isiac develop his skills of observation. Isiac acquired the ability to notice even the slightest changes in his environment and to interpret their causes.

During the Great Depression, Isiac used his hunting and fishing skills to feed his mother, sister, and brother. Isiac's experience with and participation in bootlegging taught him the importance of planning. His skills in developing plans and contingency plans helped Isiac to anticipate potential problems. Isiac learned that it is much easier to avoid potential problems than it is to try to solve them once they occur.

By the time Isiac was 15 years old, he had a black belt in Judo and was multi-lingual: He was fluent in English, German, Japanese, and Polish.

When WW2 began, Isiac was drafted into the Army. Although unintentional, Isiac's childhood experiences, along with the skills he learned in the Army, became an integral part in “The Making of a Spy”. 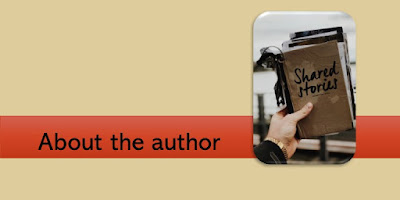 Jay Johnson most recent work is a novella, The Soul's Tariff, about the painter Tintoretto and 16th century Venice on the cusp of war with the Ottoman empire to the east.

His novel Gold Diggers, a slipstream urban fantasy set in Las Vegas, follows dwarves and elves living at the fringes of society. It was reviewed favorably by Kirkus Reviews: "...maintain(s) a persistent sense of mystery. Johnson grounds his story by showing the peculiar beings from the perspectives of the humans..." "Johnson, not one to let his narrative lull, boosts his story with riveting subplots involving a conspiracy, a betrayal and a disappearing corpse." "... its creativeness and exuberance are unquestionable."

His first novel History of the Unnameables, based on a novella originally published by Duct Tape Press in the late '90s under the title King of Siam, was one of the first works of fiction to address fears of cyberterrorism. He began the story after talking to a number of friends working in blackworks, mainly conflicted science and math academics, who were aware of the problem but were not being listened to.

Invisible City was orphaned by a major publisher but has found new life in ebooks formats. It adds the murky world of bioethics and the porous nature of the new digital reality to the world of spying.

As a filmmaker (under his given name Jay Wright) he was included at the Mexican National Museum of Art's (MUNAL) Biennial of Poetry and Video in 2002. His work has appeared at Cannes, and at other film festivals where the films have won numerous awards. His films and videos have also played internationally at galleries and exhibitions. He has also been nominated for a Guggenheim. 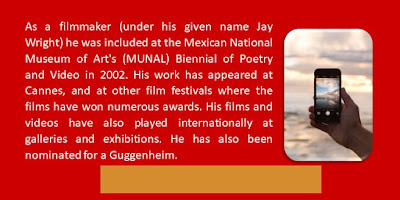