Book Review: Fevers by Joel Homer. FEVERS is a novel unlike any you have ever read. Exotic adventure, white knuckled suspense, torrid romance, and a haunting portrait of three damaged individuals

Now for the sad news.  Joel Homer died in 2003.  His wife and son made 'Fevers' into an ebook in April, 2014.  They have have always dreamed of getting this book to readers and willful Joel's last wish.
'Fevers' would be rated R if it were a movie, mostly for violence.

FEVERS is a novel unlike any you have ever read. Exotic adventure, white knuckled suspense, torrid romance, and a haunting portrait of three damaged individuals - one man who has turned beast, one who must confront the beast within himself, and the woman torn between them.

There are rumors that somewhere deep in the steamy rainforest of the Amazon a man, once civilized, is hiding in green shadows. To the primitive Brazilian Indios, he is considered their long-awaited "pale-skinned messiah." Others believe he is an evil god with powers to stir the native masses to a frenzied, killing pitch. And others suspect he might be Michael Fevers.

Into the lush tropics comes a troubled American, rebellious journalist, embittered Vietnam vet, desperate soldier of fortune. William Straw, who soon forms an uneasy alliance with a beautiful anthropologist, continues his tortured upriver journey-from jungle shantytown to opulent plantation, from explosive passion to brutal murder. Whether he is pursuing a story, an adventure, or a chance to finally exorcise his own inner demons, nothing will prepare William Straw for the sudden violence and bizarre cruelty of the one who is waiting ahead -- Michael Fevers.

Praise for 'Fevers' by Joel Homer: 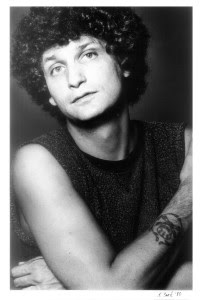 Joel Homer was raised in Greenwich Village, attended New York University and was a medal-winning veteran from the Vietnam war. Upon returning to the states, he began his writing career as a senior editor at Saturday Review.
His books include "Marathons" and "Jargon." His produced plays include "Scenes Dedicated to My Brother," "What People Do When They're All Alone," and "The Lieutenant Snuffs the Light." In 1984 he was the first recipient of the prestigious Glickman Award for playwriting. His last play 'Private Scenes" was a huge hit in San Francisco. While working in Los Angeles, he co-wrote the original script for "Beauty and the Beast" for EuroDisney....to date the most popular stage play in Disney's history.
Joel Homer passed away in 2003 at the age of 58.

“I received a copy of this book for an honest review”Fevers is a novel unlike any I have ever readIt’s a very gritty, raw and shocking Novel. If you are not a “Fan” of Blood and Gore, this will be a very difficult read.The story started off a little slow, but felt rushed once William went into the Jungle but no detail was left out. The Characters are well written.William Straw, an American Expatriate Reporter takes a journey through the Amazon in search for the “Messiah” Rumours has it that Michael Fevers is this So Called “Messiah” or is he the “Beast” of the Jungle?This Novel has Unusual / Bizarre Adventure’s, Suspense that will keep you at the edge of your Seat and a little Romance.At Times I did need a break from the book as it can get too much.This Book is not for the faint hearted 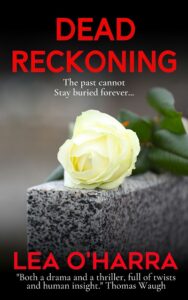 A Holistic Connection to Creativity