Book 3 in the Nola Zombie Series is out now: Live by Gillian Zane. 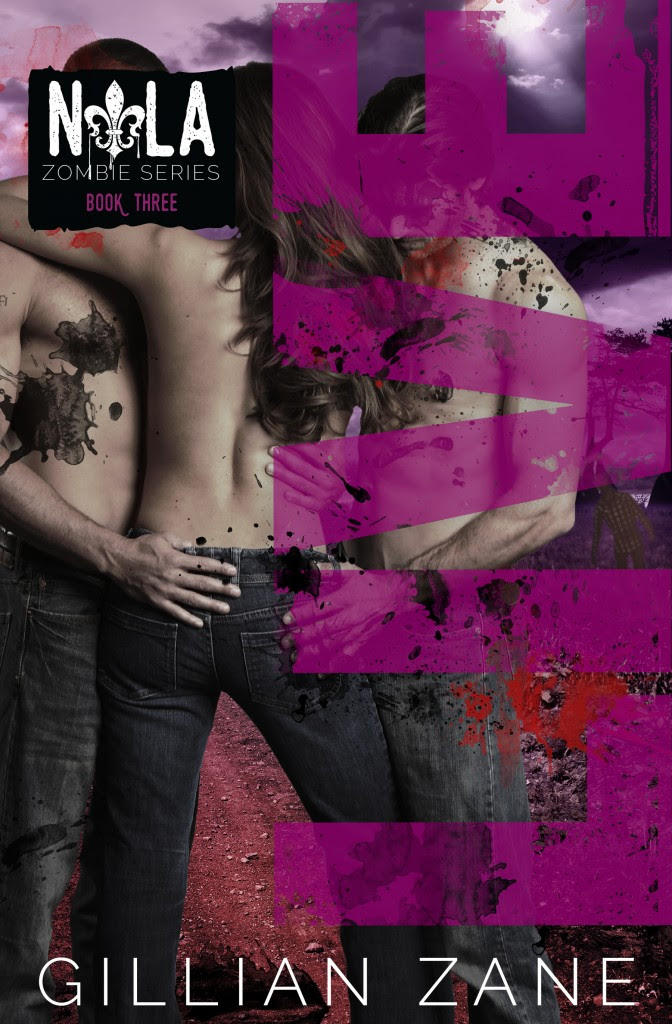 LIVE | The Third and Final Book in the best-selling NOLA Zombie series by Gillian Zane.
Alexis, Blake and Zach survived the zombie apocalypse but found a new enemy to fight.
Alexis has been taken and Zach and Blake are desperate to find her. The men are pretty certain they know who took Alexis, but finding them will be a daunting task. There are millions of places to hide in the swamps of Southern Louisiana but Zach and Blake will not stop until they’ve searched every one of them. Alexis will be returned to them if it’s the last thing they do. Falling back on their military training, the men have no choice but to succeed, or risk losing Alexis forever.
It’s a race against the clock…
The problem is that the group that took Alexis didn’t keep her. They sold her. She’s now the property of the Southern Clan, a fate worse than death. The undead still roam the streets of New Orleans. S-Island mourns the loss of one of its own and the NOLA Zombie series comes to a stunning conclusion. You don’t want to miss a second of this action-packed series ender…
Be warned, there will be monsters, living and dead, there will be very intense sex scenes, between two men and one woman, and there will be violence galore. 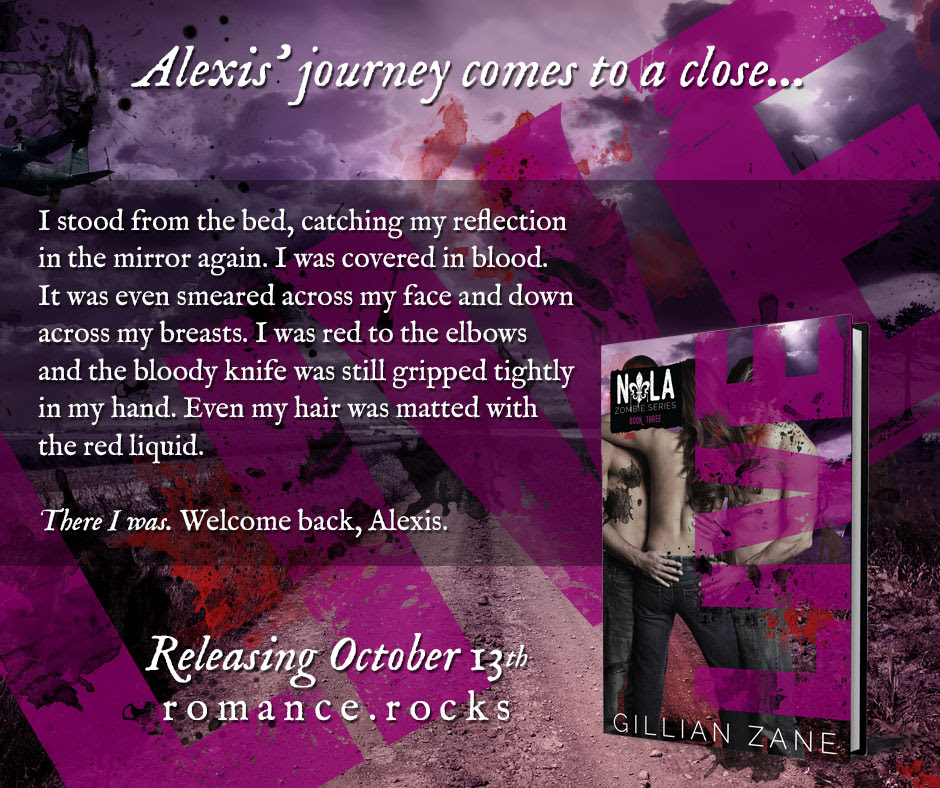 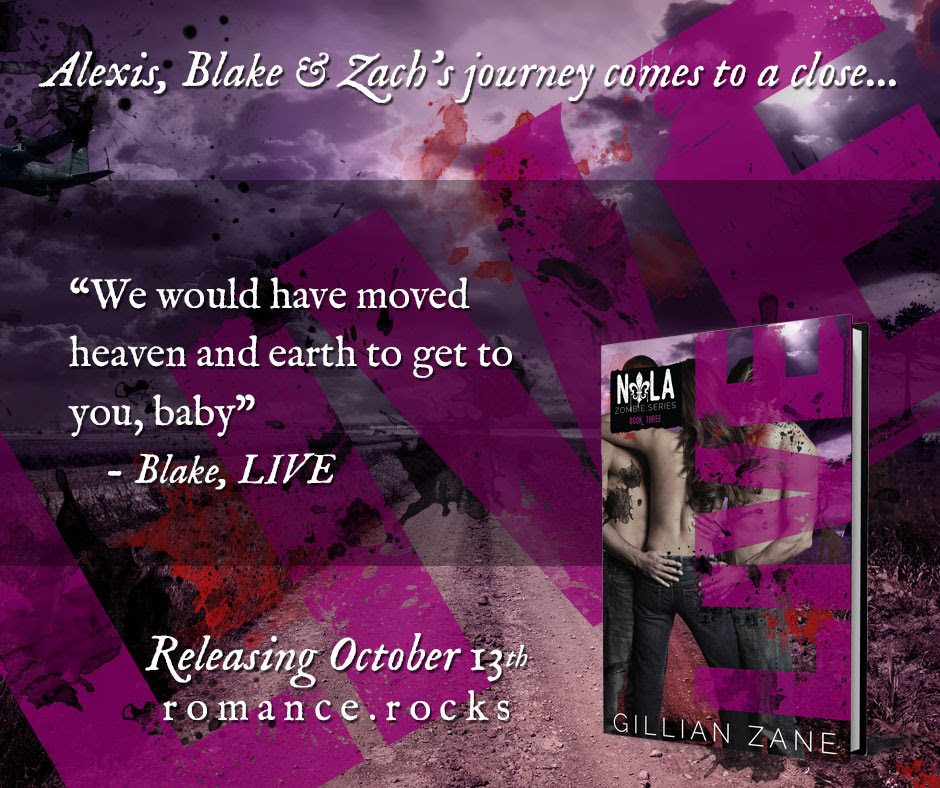 *Available on Kindle Unlimited*
AMAZON US I AMAZON UK
Alexis:Bright light shot across my vision. Whack. Sharp pain brought me to consciousness. The smell of body odor and piss had me coughing and jerking away from the sharp sting across my face. I tried to push my body away, but I was held in place, my body heavy, my arms forced to my sides, my back rigid. I couldn’t move. My back was up against a wall or the back of a chair and I was being held tightly in place. I tried to move my hands, but they were bound. The pain flaring from my wrists clued me in that they were bound too tight. Pins and needles popped up all over my body and I sucked in a large breath of air as if I had been under water. It was hard to take a deep breath and when I pushed my chest forward I felt tight restraints across me. The pain came again, hard against my cheek. Words followed, but they were muffled. I could barely make them out. My ears buzzed and my brain was foggy, slow to function. I blinked, my eyes fluttering, trying to make out the blurry shapes in front of me. Wherever I was, it was dim. I could smell the acrid scent of wood smoke and candle wicks, and a rank smell underneath it of dirty humans. “The bitch is finally awake,” a gruff voice said. This time I could make out the words. My eyes focused on a shape in front of me. It was a man. He was much older than me and I thought he looked familiar. The man from the truck we ran off. My brain finally connected the shapes and faces with the memory. “Morning, sunshine,” he said, smiling and revealing rotten, yellow teeth. I had seen better grills on a zombie. 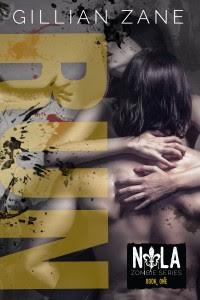 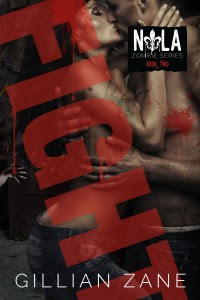 Gillian Zane has been writing fiction stories since she was first able to put pen to paper. She has published a few non-fiction books in her field of study, which is Art, but finally, after all, these years her first fiction novella is being released. Gillian is obsessed with anything that gives her a thrill and feels adding romance to any storyline is a good thing. She was born and raised in New Orleans, Louisiana and couldn’t imagine living anywhere else. She lives with her husband, too many animals in a little house that has way too many books.